Péter Kövessi is the Director of Client Services of Flind “Flying for your industry”, a spinoff of the Suez, Spain branch Innovation and Operations offices. Experienced drone pilots and experts at infrastructure inspection, the Barcelona-based group has inspected sites all over Europe and South America. Kövessi describes the sewer system, however, as “the most difficult environment we work in.”

Aigües de Barcelona utilized the team at Flind to swiftly and effectively deal with a recent environmental emergency when recent storms caused a pipe running along the shores of the Mediterranean Sea to fail. 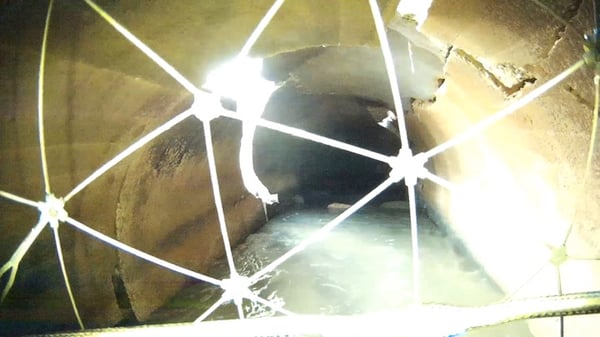 “DRONE INSPECTION IN SEWERS OFFER SIGNIFICANT COST SAVINGS AND EFFICIENCIES, AND IN AN EMERGENCY SITUATION, THEY MAY OFFER THE ONLY SOLUTION.” – Péter Kövessi, Director of Client Services, Flind

Wastewater infrastructure inspection offers some obvious challenges. Because almost all of the system is hidden from view, the ways to inspect the pipes without a drone is either to dig them up – only done in the case of an emergency – , to use small cameras attached to ground-based robots or to send people inside.

In Barcelona, inspectors and engineers faced an immediate challenge. A critical piece of the infrastructure, a wastewater interceptor serving 5 municipalities in the Barcelona area and transporting a large volume of waste to the treatment plant, suffered a break during recent storms. Running along the shore of the Mediterranean, the pipe had been damaged by heavy surf and was leaking 500 cubic meters per second of raw sewage into the sea.

Construction of a bypass was started immediately, but until inspectors could determine the exact location and extent of the structural damage, they could not know how long a bypass was required. While part of the break was exposed and visible, engineers could not know if there was additional damage either upstream or downstream from the break. Without good data, the bypass would have to be built unnecessarily long; or might join the existing infrastructure too soon, risking another breakage downstream.

There was no way to introduce human inspectors into the pipe, a vaulted half circle concrete pipe of approximately 3 meters (slightly less than 10 ft.) in diameter and 1.8 meters (approximately 6 ft.) high. At 500 cubic meters per second, sewage was flowing through the pipe nearly waist high at a speed that would have washed a person away: it also made use of a ground robot impossible.

In addition, findings later showed that the pipe had a large crack across the top – liable to cave in, it would have been life-threatening to send a human inspector into the area.

“Aigües de Barcelona and Suez met the emergency with all of the necessary and modern technology available,” says Kövessi. The expert pilots at Flind used the Elios collision-proof drone to fly into the damaged pipe. They were able to access the area through the closest intact manhole both upstream and downstream of the visible break, surveying the entire area. 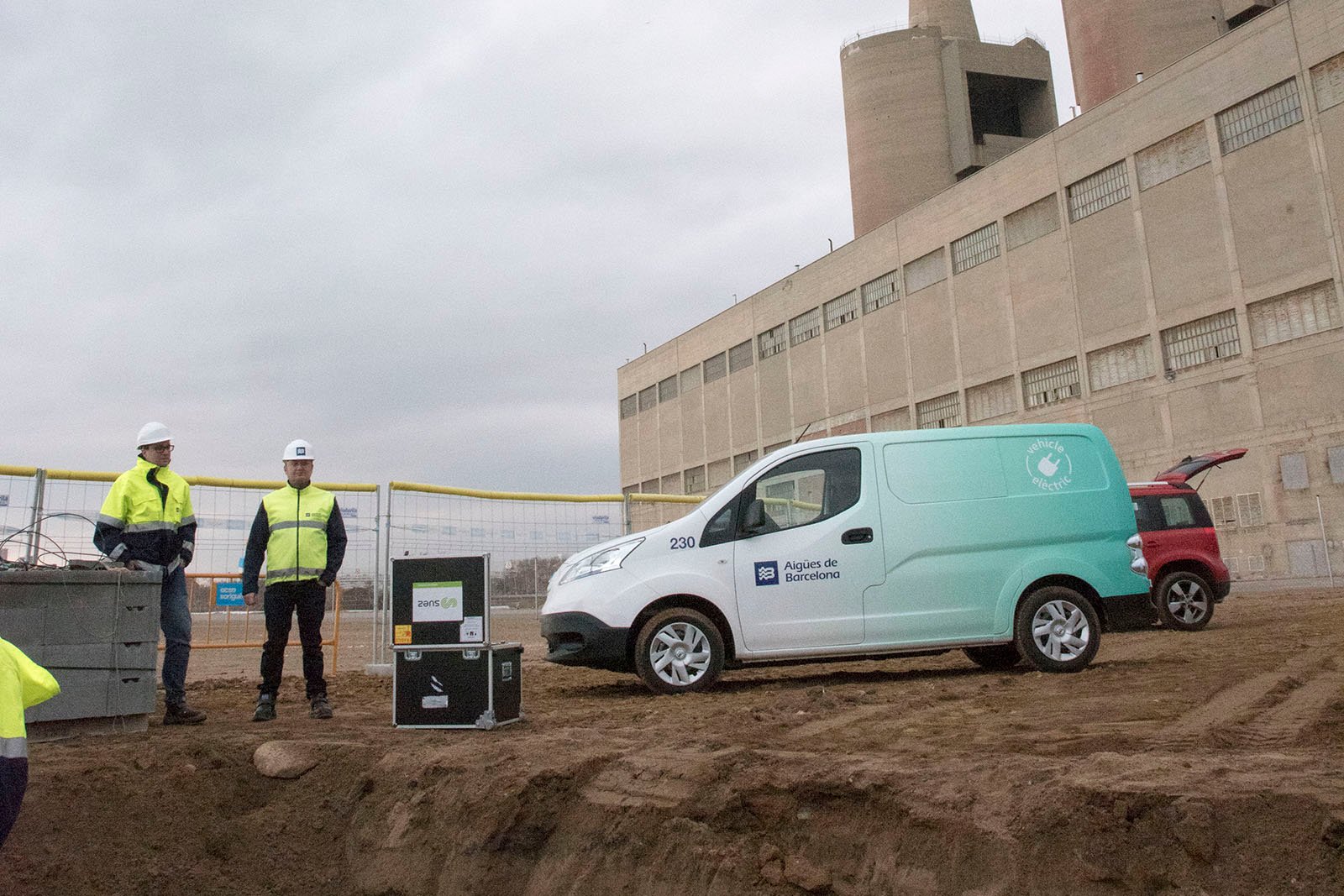 “TYPICALLY, THE DRONE INSPECTION IS TWICE AS EFFICIENT AS HUMAN INSPECTORS – AND 40% LESS EXPENSIVE PER METER OF INSPECTION.” – Péter Kövessi

Footage from Elios was able to show the exact extent of the damage. Engineers were able to see that an additional area of the pipe, not visible from the surface, had also been damaged as the sand retreated from under the pipe. With this information, experts were able to ensure that the bypass was connected at the correct place to quickly stop the flow of waste into the sea and to avoid the risk of a future break downstream of the join.

While the collision-tolerant Elios is often used in the inspection of inaccessible spaces because of the cost and time benefits, in this case there truly was no other way to evaluate the systems without significant risk to human life – and the mission was of paramount importance to the community. “I chose this case study in particular because it is emblematic – it’s quite singular,” says Kövessi.

While this was an extreme example, Kövessi points out that the efficiencies of using Elios in normal sewer inspection cases are very clear. “Typically, the drone inspection is twice as efficient as human inspectors – and 40% less expensive per meter of inspection,” he says. Kövessi explains that in a typical inspection, two inspectors are required to work in the pipe with an additional safety officer working at ground level, required to monitor the opening of the manhole covers. With Elios, only 1 inspector pilot is required in the pipe with the 1 safety officer at ground level, bringing the cost and time down significantly.

Those efficiencies become even more significant as the pipes get bigger and deeper. “Most of the sewer networks run 2, 3, or 4 meters deep – but some larger pipes run much deeper, up to 55 meters,” explains Kövassi. “In those conditions, the use of the Elios is 8-10x more efficient and cost-effective than people. The deeper the pipe, the more efficient drone use is.” Drone inspection in sewers offer significant cost savings and efficiencies, and in an emergency situation, they may offer the only solution. The Suez group works to be an innovative and forward thinking company: they employed Elios to give the best environmental service possible to the community, dealing with a potential disaster by using the best and most advanced tools available to them. 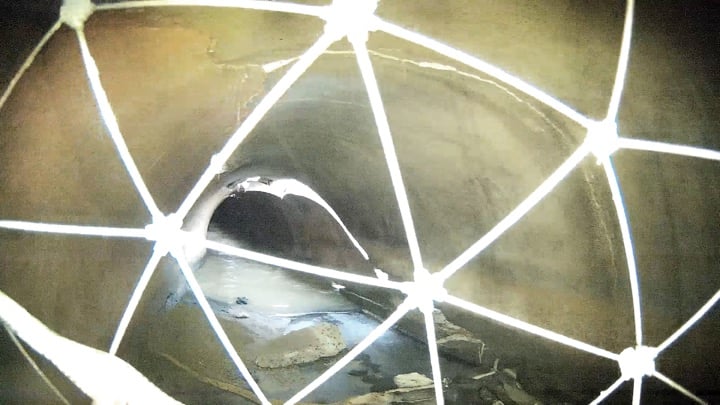 Want to make six figures? Try being a drone pilot